by admin
in Entertainment
0

Baltimore Ravens safety Earl Thomas III was threatened at gunpoint by his wife after she caught him in bed with two other women, TMZ reported Wednesday. One of the women said she also was threatened with the weapon. No one was hurt in the April 13 incident at an Airbnb rental in Austin, Texas.

Baham-Heisser, known as Nina Thomas on social media, saw something suspicious on her husband’s SnapChat account and arrived at the rental house to find him naked in bed with two women and his brother, Seth, TMZ reported, citing a police report.

She held what she told police was an unloaded pistol less than a foot from her husband’s head, according to the report. Police said the 9mm Beretta had a bullet in the chamber and the safety off, according to TMZ.

Thomas, according to the report, wrestled the gun away from her.

Arriving police officers reportedly saw Baham-Heisser chasing Thomas, who was holding the gun, around a car parked outside the house. Officers drew their weapons and ordered the couple to the ground. Both complied.

Nina Thomas was charged with burglary with intent to commit aggravated assault with a deadly weapon.

In a video on Instagram, Thomas said the altercation was “nobody’s business.”

In a now-deleted Instagram entry, Thomas’ wife shared a letter purportedly from her attorney that said she was wrongfully arrested and denied the charges, the Baltimore Sun wrote.

HuffPost has reached out to the attorney and police for comment. 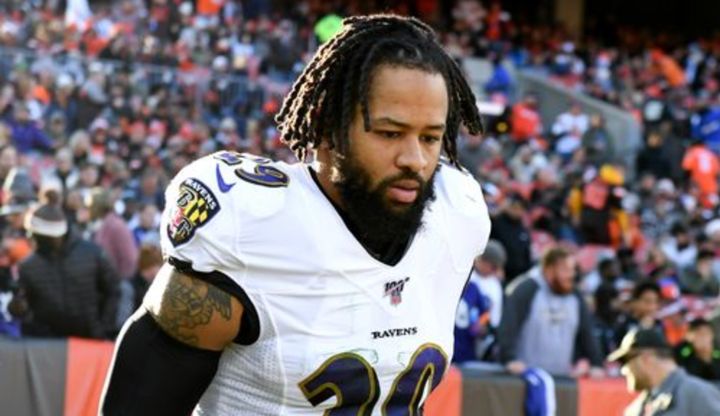 Baltimore Ravens safety Earl Thomas was not arrested in the incident.